Start a Wiki
The Park will be one of the first lots you will build, as it is needed for the tutorial for new players and for varying quests (list shown below). You will also need it if you want to start the Fishing Hobby, as the primary pier is here. There are plenty of other activities here, and a lot of objects you will need for main and discovery quests, such as soap boxes, ducks, toilets, the Thinking Man, ect.

Some NPC Sims will appear here so you can start discovery quests. You can interact with them only when a task during the quest  says you must do so. Those characters will disappear once that quest is completed.

These are the list of quests that involve the use of the Park: 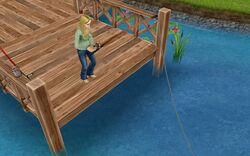 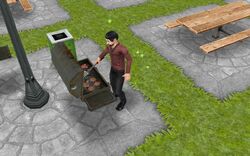 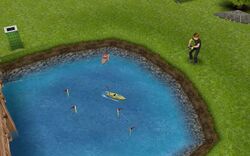 Playing with the RC Boat 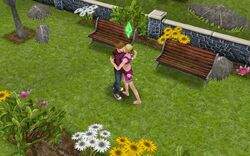 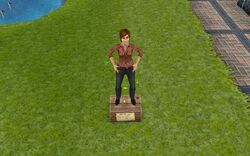 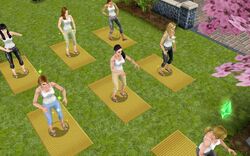 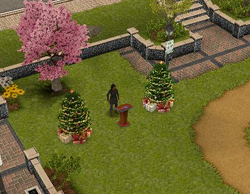 A choir leader, in a Christmas quest.

A time capsule, for a New Year's quest.
Add a photo to this gallery
Retrieved from "https://simsfreeplay.fandom.com/wiki/Park?oldid=21185"
Community content is available under CC-BY-SA unless otherwise noted.